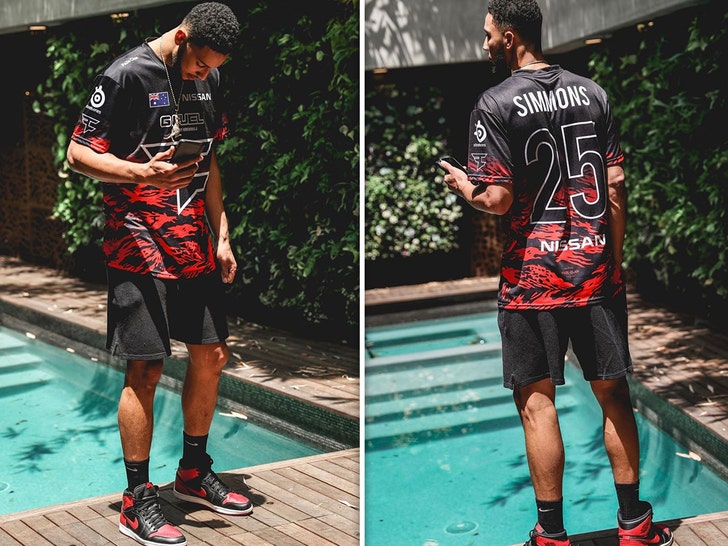 Ben Simmons has a new team — no he hasn’t been traded (yet) … the NBA superstar has joined the world-famous FaZe Clan!

Simmons — a hardcore gamer — is the newest celebrity investor and even got a new FaZe nickname to go along with it … FAZE SIMMO!

The Philadelphia 76ers big man will serve as an “ambassador to the organization for content as well as an advocate for gaming and esports and the expansion of FaZe Clan globally,” the company says.

FaZe Clan also notes it will not disclose the amount of Ben’s investment, though it’s probably fair to assume it’s a sizable number.

The two recently participated in a COD celebrity pro-am which raised nearly $125,000 to help people affected by COVID-19.

“Gaming is an important part of my life, and so it was a natural progression to personally invest in this industry,” Simmons said.

“FaZe Clan represents the pinnacle of the gaming culture, and I am really looking forward to connecting with new fans around the globe.”

FaZe is one of the largest and most influential companies in gaming — recently passing the 1 BILLION view mark on its YouTube channel.

Article contentThe death of a homeless man overnight Saturday has spurred some advocates to call for more resources and has served as a reminder to...