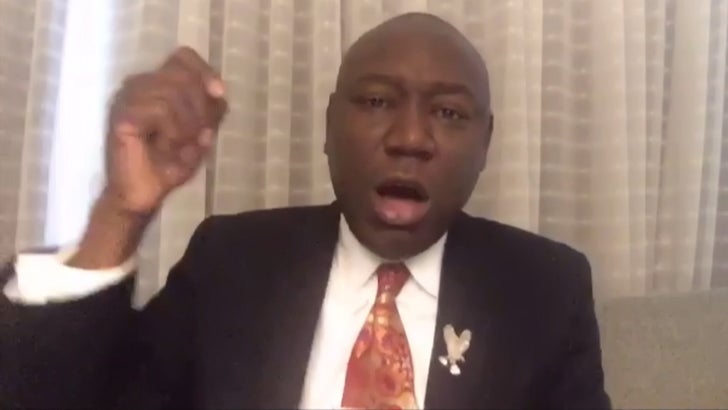 Police in America don’t hesitate to shoot and kill Black people in a confrontation because they consistently get away with it … that’s what Jacob Blake‘s family lawyer, Ben Crump, thinks anyway.

The civil rights attorney — who’s also representing the families of Ahmaud Arbery, George Floyd, Breonna Taylor and others — is going to work for Blake now as well, after the 29-year-old father was shot in the back 7 times by a white cop in Kenosha, WI.

Crump tells us the family’s been assured by the Governor’s office that an independent and unbiased investigation into the shooting will be launched … but he says Kenosha residents are understandably skeptical.

Crump cites a pattern of cops killing Black people — not just in Kenosha, but throughout the history of the U.S. — and facing zero consequences … to the point where it’s become totally normalized.

That’s why, according to Crump, we continue to see white officers pulling the trigger on people of color … even when they know everything is recorded these days.

Crump adds that this isn’t just a police issue … it’s a cultural pattern of condoning mistreatment of Black people that starts at the top, and continues to manifest itself in what he refers to as the “intellectual justification of discrimination.”

As you know, Blake’s story is just the latest example of an unarmed Black person being shot or killed by cops. The alarming trend has finally sparked massive outrage and nationwide protests against police brutality and racism this summer.

None of it is going away soon either, because like Crump suggests … you can’t change the entire course of American history and how police have been trained to act overnight.

William Shakespeare Dies at 81, Was First Man to Get COVID Vaccine