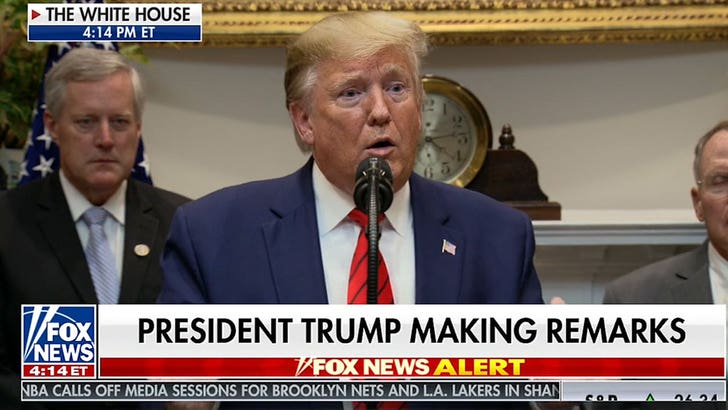 President Trump is BLASTING Steve Kerr … calling him a hypocrite who acted like a scared little boy when asked to comment on the relationship between the NBA and China.

If you missed it, Rockets GM Daryl Morey sparked an international crap show when he Tweeted support for protesters in Hong Kong … infuriating China.

Since Morey fired off the Tweet, the NBA has done virtually everything to get back in China’s good graces … with team owners, the commish and even James Harden apologizing.

Fast-forward to earlier this week … Warriors head coach Steve Kerr — who’s extremely outspoken when it comes to American politics — was asked if he had a comment on the China/NBA situation … and he didn’t exactly take a hard stance. 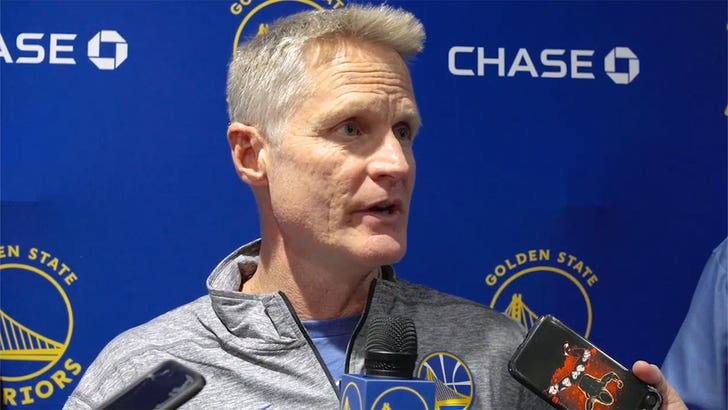 “Um, actually, I don’t, I mean, it’s a really, it’s a really bizarre international story, and a lot of us don’t know what to make of it, so um, it’s something I’m reading about, just like everybody is. But, I’m not gonna comment further.”

Trump — who’s often on the receiving end of Kerr’s criticism — noticed what he believes is the hypocrisy in Kerr’s failure to take a position … and he took aim at the GSW coach when meeting the press on Wednesday.

“I watched this guy, Steve Kerr, and he was like a little boy, he was so scared to be even answering the question, he couldn’t answer the question.”

“He was shaking. ‘Uh, I don’t know.’ He didn’t know how to answer the question, and yet, he’ll talk about the United States very badly. I watch Popovich, sorta the same thing, but he didn’t look quite scared actually. But, they talk badly about the United States. But, when it talks about China they don’t wanna say anything bad.”

“I thought it was pretty sad, actually.”

Review: Author keeps tension high in `The Sun Down Motel’

In Disney version of ‘Extreme Makeover,’ castle gets updated

Opinion: MAID should not be offered to people with mental illness

One day after saying talks to bring down blockades paralyzing rail transport in Eastern Canada have limits, Premier François Legault's impatience is starting to show....

He fled Syria – but was shot delivering pizzas in Baltimore

BALTIMORE — A family friend of a pizza delivery driver who was recently gunned down in Baltimore says he had fled war-torn Syria to seek...

Binks, 18, is joining the Impact after playing with the Tottenham Hotspur academy, joining the English Premier League side in 2007 at age 6. The...

Opinion: MAID should not be offered to people with mental illness

He fled Syria – but was shot delivering pizzas in Baltimore