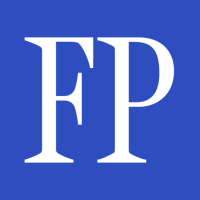 It’s been nearly a month since a Berlin meeting failed to make much progress in resolving the long-running conflict in Libya. This weekend some key players meet again, grappling for a way forward.

The annual Munich Security Conference sees defense officials, ministers and a few heads of state gather to discuss the hotspots de jour. Likely to come up this year are signs of a tentative thaw between Ukraine and Russia, efforts to draw the Balkans further into the European security fold and … Libya.

The oil-rich state has become the battle ground for a much bigger proxy war. Increasingly the fate of Libya is in the hands of Turkey — which backs the UN-recognized government of Fayez al-Sarraj — and Russia, which alongside Egypt and the U.A.E. backs his rival General Khalifa Haftar.

Pretty much out of the picture is the U.S. and, as our story today explains, the French, despite the country’s long history in North Africa and President Emmanuel Macron’s efforts to paint himself as a deal maker on Iran and Libya and leader on European security policy.

Attempts to forge a rapprochement between Sarraj and Haftar have proven unsuccessful, and as time goes on even more is at stake. Turkey’s Recep Tayyip Erdogan is flexing his muscles in the Eastern Mediterranean over access to energy, while Russia’s Vladimir Putin is taking advantage of the U.S. absence to make mischief.

Getting Ankara and Moscow to behave could soon be an even bigger headache. It’ll certainly be on show in Munich this weekend.

A political ambush | Boris Johnson may be preparing to loosen restraints on fiscal spending after his finance minister resigned following a face-to-face row with the British prime minister. Johnson had not wanted or expected Sajid Javid to go, but it means he can now take control of the Treasury, potentially unleashing a Trump-style stimulus package. For now, though, the date of next month’s planned budget is in doubt.

Stop tweeting! | U.S. Attorney General William Barr said Donald Trump’s tweets and public comments about the Justice Department and ongoing cases make his job “impossible,” a rare public rebuke of the president by one of his most trusted Cabinet members. Yet the reaction from the White House indicated Trump wasn’t upset and retained confidence in Barr.

Hot seat | Barely a month ago, then-Shanghai Mayor Ying Yong was sharing a stage with Elon Musk to celebrate the release of Tesla’s China-built Model 3 sedans. Now, he’s stepping into a more difficult arena, dealing with a region simmering with discontent over his predecessor’s failure to contain a coronavirus outbreak that’s killed almost 1,400 people.

Merkel’s troubles | Angela Merkel’s conservative antagonist, Friedrich Merz, is in the race to lead her party, and that’s bad news for the German chancellor, Arne Delfs reports. Her plan to serve out her term through 2021 may run into trouble if her longtime critic finally wins the chairmanship of the Christian Democratic Union.

Political calculus | Andres Manuel Lopez Obrador became president of Mexico partly by tapping outrage over corruption. So the arrest of Emilio Lozoya, the one-time CEO of state-oil company Pemex on graft charges made AMLO, as the president is known, the toast of Mexico. He’s happy to bank the win but isn’t eager to widen the probe to include his predecessor as many in Mexico would like, which will test his vaunted political skills.

New Zealand Prime Minister Jacinda Ardern could face a battle to win re-election this year, with her opponents holding a small lead seven months out from the vote, a new poll shows. South African President Cyril Ramaphosa announced sweeping changes to the electricity industry to deal with crippling energy shortages in a state-of-the-union address yesterday that was delayed by opposition protests.

Pop quiz, readers (no cheating!). Which former Latin American president went on trial this week on charges of campaign finance fraud and accepting millions of dollars in bribes? Send us your answers and tell us how we’re doing or what we’re missing at balancepower@bloomberg.net.And finally … A former black-market trader from communist times is gearing up to play the role of kingmaker in Slovakia’s Feb. 29 elections. Boris Kollar, a populist tycoon and fan of Italy’s Matteo Salvini who controls a radio station, hotels and ski resorts, is well placed to pair his party up with as many as five other opposition forces to unseat the government and snuff out a resurgence of the far right.